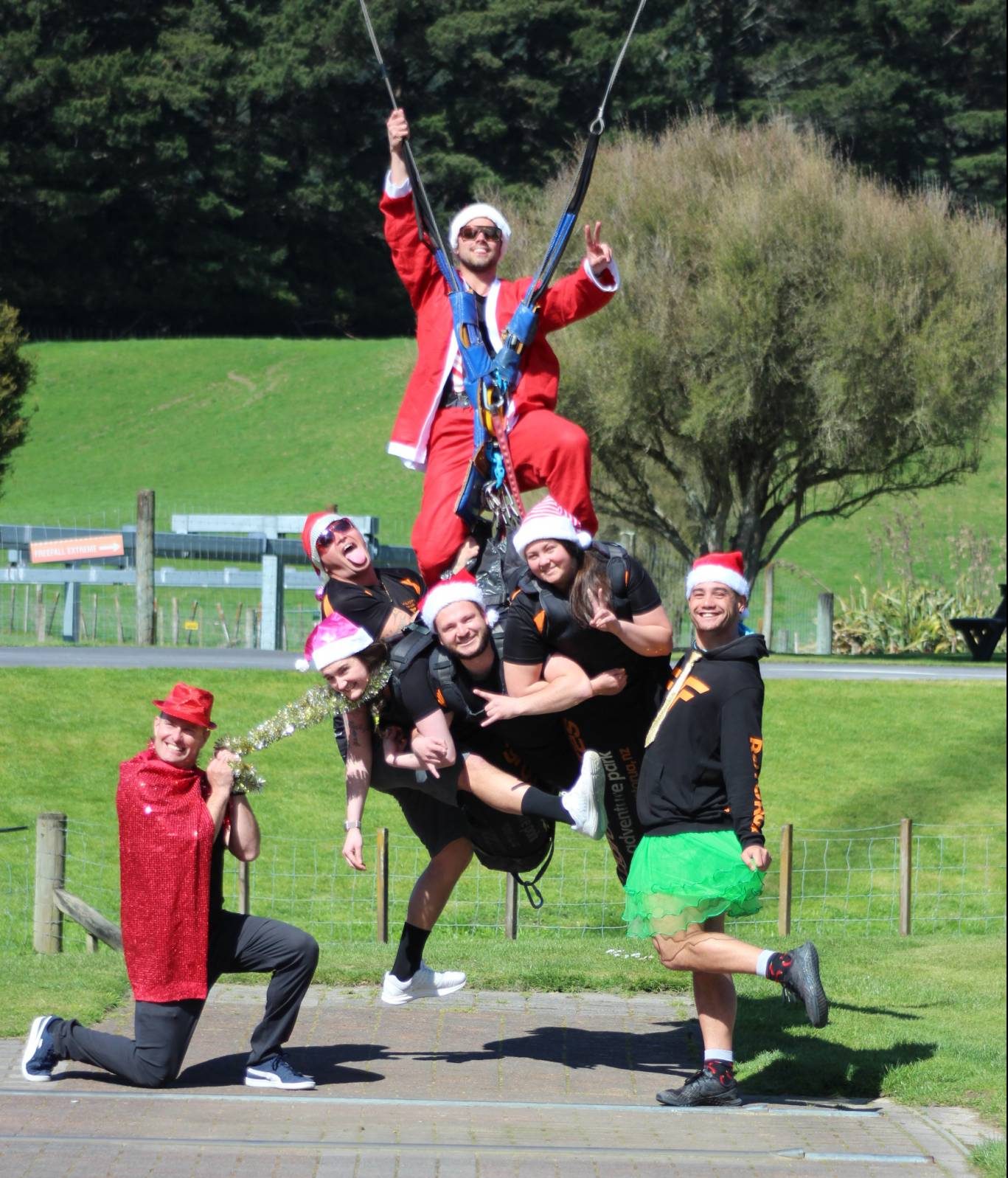 It’s December and we all know what that means: Christmas songs in the office! We’ve put together a festive playlist of 10 tracks and the stories behind them, to bring the warm fuzzy Christmas spirit into your office and have you singing along with your colleagues in no time – maybe as a lead-up to your workplace Christmas function. So carol-lovers, get the portable speaker out, and carol-non-fans, get those earbuds in now!

1. All I Want for Christmas Is You – Mariah Carey

This is of course the ultimate Christmas song of all time – the sound of it almost defines December. It was released in 1994 and by 2018, it had earned Mariah over US$60 million (according to The Economist). In the UK alone, it earns her $500,000 in royalties every year. Add to this royalties from Spotify plays around the world, and this song is a complete golden goose. Apparently she wrote it in just 15 minutes!

Christmas spirit can be warm and fuzzy but also sad and yearning. Another overplayed but quintessential Christmas tune is George Michael’s classic number about being crushed by breaking up with someone you’re obsessed about on Christmas. Fun fact: George played all the instruments in this track, as well as doing the vocals.

Kiwi singer Theia wrote this waiata in 2019, one of only a few Christmas waiata composed in Maori rather than translated from English. She told RNZ, “I wrote ‘Te Kaiwhakaora O Te Ao’ as a gift to our people – a traditional Christmas hymn to call our own. A waiata to transcend generations and weave together the past and present…I would love this to be a song that is sung and performed in marae, churches and schools for many years to come”.

4. It’s the Most Wonderful Time of the Year – Andy Williams

All the things we do at Christmas are encapsulated in this classic song – toasting marshmallows, getting together with friends and family, hearts glowing etc. Apart from the snow and mistletoe, everything we do in New Zealand too! There’s also mention of telling scary ghost stories, something traditionally Victorians did at Christmas.

The original track was written in 1944 by New Yorker Frank Loesser and has been covered many, many times since, but in the post #MeToo era some parts of the song are controversial – such as a line that might imply the amorous man spiked the lady’s drink. Listen out for the 2019 version written by John Legend and comedian Natasha Rothwell for subtle changes such as “It’s your body, it’s your choice”.

6. Fairytale of New York – The Pogues and Kirsty MacColl

This 1987 song has often been polled as the UK’s favourite Christmas song. A darker side of Christmas, it’s about an old couple bickering at each other on Christmas Eve, reminiscing about a youth wasted on drugs and alcohol, and insulting eachother. It has come under fire in recent years for some of its controversial lyrics.

This classic Spanish/English song has just had a 2020 remake on its 50th anniversary, still featuring the great Jose Feliciano but also 30 guests including Jason Mraz, Lin-Manuel Miranda, and Shaggy. Born blind in 1945 in Puerto Rico, Jose Feliciano grew up in New York playing rock’n’roll and Spanish music. When he wrote Feliz Navidad in the 1970s, he wanted to try and unite people – to spark the feeling of Christmas no matter what language you were singing in.

White Christmas is the most-recorded Christmas song – there have been 500 versions recorded, in several languages! The versions by Michael Buble and Bing Crosby are two of the most well-known. The song was written in 1940 by American songwriter Irving Berlin, just one of the approximately 1500 songs he wrote during his career.

9. I Got Your Christmas Right Here – Aloe Blacc

In 2018 American singer/songwriter/rapper Aloe Blacc released this song on an album called “Christmas Funk”, saying he felt like the holiday spirit needed a funky revival. This song is about giving the gift of love, and is all about his time spent with family at Christmas.

This is widely thought of as a Christmas song, but actually it was written in the heat of an American summer in 1945 – it was one of the hottest days on record and lyricist Sammy Cahn just wanted it to snow. It was sung first by Vaughn Munroe, but in 1950 Frank Sinatra sung it with his sultry tones and although it has been covered again many times since, we think you can’t go past Frank.

There you have it, a playlist with the fun facts to go with it – from us at Velocity Valley we hope you enjoy your December with friends, family, colleagues and of course a Christmas playlist!

Keep the kids on their toes with our rocking Rotorua School Holiday Activity list!

Open
Merry Christmas from our crew to yours! We hope yo

Open
Are you looking for a quacking good time with the

Open
And just like that... Summer is here!! Velocity Va